The Contribution of Local Chinese to Science, Technology and Innovation 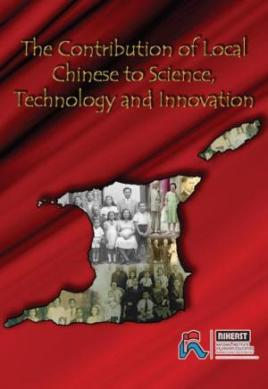 NIHERST is pleased to announce The Contribution of Local Chinese to Science, Technology and Innovation, a booklet that celebrates the achievements of Chinese Trinidadians, a visible but influential ethnic minority that has had an immense impact on the nation in the fields of innovation, engineering, horticulture, medicine, science and science education.

These individuals include Mr Clive Chu Cheong, who designed 77 schools locally and was involved in the founding of the Association of Professional Engineers of Trinidad and Tobago (APETT), Mr Frank Look Kin, former President of the National Gas Company who spearheaded the construction of the largest diameter natural gas pipeline in the Western Hemisphere, and Dr Theodosius Poon King, who founded the Streptococcal Disease Unit in south Trinidad and conducted the largest ever island-wide study of diabetes during the 1960s.

This book was inspired by the 2006 Chinese Bicentennial Celebrations on which occasion NIHERST developed a poster exhibition on some of these outstanding citizens in science and technology for display at the National Science Centre. The information from this exhibit has since been uploaded to our website.

The Contribution of Local Chinese to Science, Technology and Innovation will be distributed free-of-charge to local libraries and secondary schools . Limited copies will also be available for purchase via NIHERST.