Innovation in the Information and Communication Technology (ICT) Sector, 2012 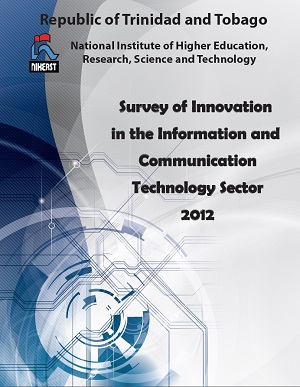 The National Institute of Higher Education, Research, Science and Technology (NIHERST) conducted a national survey of innovation in the information and communication technology (ICT) sector, 2012.

The results of the survey should provide insights into the innovation process and assist decision makers in developing policies to create the environment and incentives to catalyse innovation in the industry.

Driving Forces and Obstacles to Innovation

The objective of this survey was to obtain information with respect to the innovative activities of establishments in the services industries of the ICT sector including: